The speed and agility of a motorcycle, combined with the firepower of plasma emitters. Launched from the legs of a hulking Harvester unit, moto-terminators are Skynet’s way of letting humanity know that it’s far cooler and deadlier than we are. 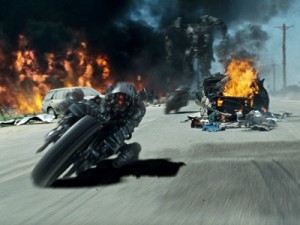 Say what you will about Terminator: Salvation. You have to admit that it features some great robots. Moto-Terminators are more than just heavily-armed street motorcycles. They’re nimble, avoid obstacles with ease, and coordinate their attacks. In the film, they’re deployed from the legs of the hulking Harvester robot (which could also be added to this list).