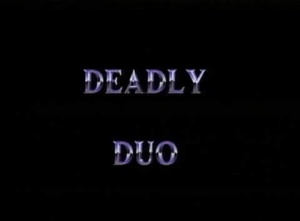 We continue to prepare for our crossover episodes with Subject: Cinema by watching the kung fu “epic” Deadly Duo. As usual, the titles of these Chinese martial arts movies often have little to do with the actual plot. By the end, I still wasn’t sure which characters were the deadly duo, since for the most part there were at least four characters being randomly attacked throughout the movie. I can verify they were deadly, though, so at least half the title is true.