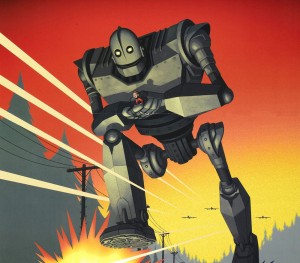 The appeal of Brad Bird’s Iron Giant is nearly universal, especially among men and boys. It also features one of the coolest robots ever. Sure, he’s massive, but so is his metallic heart. If you’ve never seen this film, stop reading and do so now!