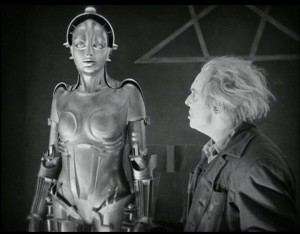 In my opinion, one of the most beautiful robots in film history, and the inspiration for many android forms to come (most notably, C-3PO). Metropolis is a groundbreaking and amazing film, and the segment featuring this robot is my favorite of the film. It still manages to impress, nearly eighty-four years later.