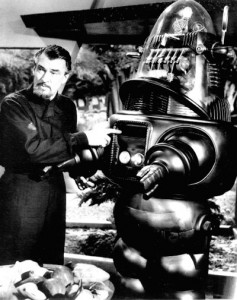 When starting an ode to movie robots, I might as well start with a classic. Robby is instantly recognizable, and has appeared in a variety of forms in film and television productions over the years. It all began with Forbidden Planet, where his personality and dry humor were among the highlights of the film. Often imitated, Robby is an original.