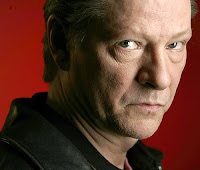 Age: 58
You Know Him From: The Patriot, Seabiscuit, Jarhead, the Bourne movies
Most recently known for military roles, Chris Cooper’s no-nonsense, believable acting style lends weight and realism to every role he takes. For an oft-overlooked example, check out his work as modern Texas border town sheriff Sam Deeds in the stellar 1996 film Lone Star. You won’t regret it.
Liked it? Take a second to support cavebabble on Patreon!