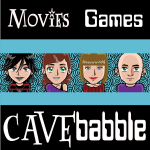 Tonight, we cover a sampling of fantasy action films, including The Beastmaster, both versions of Clash of the Titans, a salute to 300, and a spoiler-free review of Tarsem Singh’s Immortals. Shake the sand from your sandals, and join us! This episode is brought to you by Baby Oil. 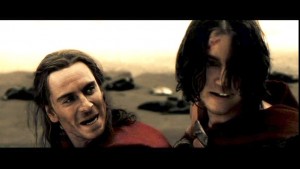 Battle: Stelios and Astinos work in tandem, mowing though hordes of enemies in slow-motion
Film: 300 (2006)
If nothing else, 300 is one of the most visually stunning films of the last decade. It’s also one long best-of fight scene. After much thought, I give a nod to Stelios and Astinos, two young Greeks slicing their way through the enemy ranks in a slow-motion sequence. The way they work in tandem is the best part.