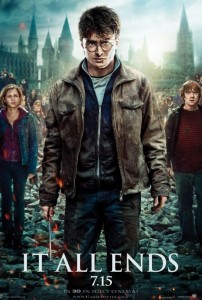 This one is just like that. Transformers: Dark of the Moon is an attempt to take the good parts from the original and its unfortunate sequel, smash them together, update the action to 2011 standards and tech, and splash it all over the screen. The fights are bigger, the bad guys badder, and the robots amped to eleven. It’s dumb fun for a while, and a real 3D showcase. It’s also too darn long by about twenty minutes or more, and shallow as a sink. It’s better than the last, on par with the original, and the last time I’m going to bother seeing these in the theater. Grade: C+ 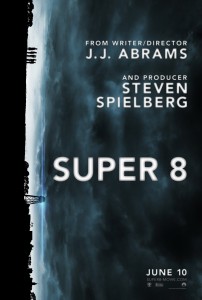 Somewhere around 40 minutes into Super 8, I suddenly realized that in 1979, I was the same age as the kids in the film. There were several moments which had me tripping down memory lane, from the cars to clothes to the goofy Mattel handheld football game, which I also owned and obsessed over back then. It was a bit surreal. In ’79, I would have given a tooth or two in order to run around filming things with my friends. Especially if it involved a massive train derailment. I’m a huge sci-fi fan, but I have to admit that this film succeeds most when dealing with the kids- what is on the train only exists to provide a focus for their interactions. As a matter of fact, the few complaints I had were directly related to the science fiction elements of the story. The rest was wonderful. Visually, other than wanting someone (anyone!) to take J.J. Abrams’ lens flare toys away from him, this is a film worthy of an Abrams-Spielberg production. Grade: B+ 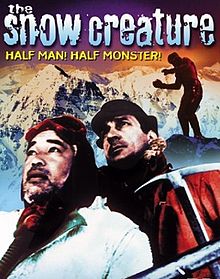 Oh, the pain we go through for the show. Last night, we watched the second of our movies about cryptozoological critters, Snow Creature. If ever there was a film ripe for a snarky commentary track, this is it. All the gory details in this week’s show, if we live that long. 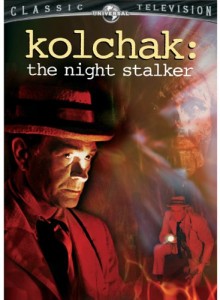 Kolchak: The Night Stalker was an odd beast when it debuted back in 1974. Probably too odd a beast to be successful. But without Night Stalker, there would be no X-Files, and subsequently, no Fringe. Thanks to Netflix streaming, Kolchak’s adventures are just a couple clicks away, and I’m enjoying the ride. Is it dated? Absolutely. Everything about it screams 1970s American television, yet Darren McGavin’s performance brings it all together. It’s goofy, cheesy fun, and a shame that it’s only 20 episodes long. Check it out! 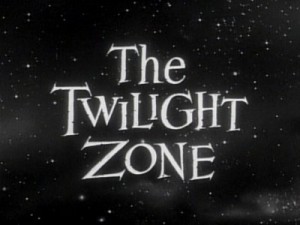 My latest interest is experiencing old television again. It started with a smattering of I Love Lucy, and is continuing with the original Twilight Zone. I’ve seen nearly all these episodes before, but it’s been a long time. The plots are classic, of course, but what I’ve been most struck by in this reexamination is the quality of the production. I’m streaming them on Netflix in HD, and the level of detail is fantastic. I’ve never seen these shows look better, and it’s a testament to the original production values that we have material able to shine this brightly. Big thumbs up. Can’t wait to experience it all.

One of the downsides of movie and video game podcasting is that when a Big Event comes along, everyone and their second uncle records an episode about it, flooding the world with very similar content for a couple weeks. That’s the sort of scenario which played out with the release of Portal 2. Everyone’s played it. Everyone seems to love it. Me, too. It really is that good. Every part I love about the original is here, but on a grand scale worthy of a big-budget theatrical sequel. But in my opinion, this is The Godfather Part II of sequels- one which truly equals or surpasses the original. What I found most thrilling in Portal 2 was the sense of scale. There are environments which appear and feel massive, complete with hulking constructs large enough to be intimidating. Once my character made her way behind the curtain of Aperture Science’s testing facilities, I was completely hooked. So far, my game of the year. 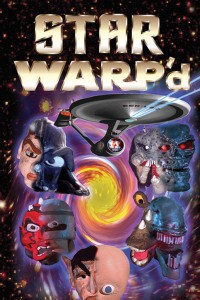 Oh, Netflix, purveyor of bad streaming science fiction, how did I ever live without you? Proving that not all claymation is beautiful, Star Warp’d is twenty-five minutes of science fiction references and characters gone wrong. How can so many of my favorite icons be in one place, and yet have barely a shred of coolness or humor? What plot there is involves clay versions of Kirk and Spock running from a flatulent parody of Darth Vader. Along the way, everyone from the Terminator to RoboCop to a certain xenomorph make an appearance, but it’s really not worth the effort. Make your own movie instead, using stop-motion marshmallows. I have to admit that I kind of liked the little storm trooper guys, though. Grade: D+ (plus gas) 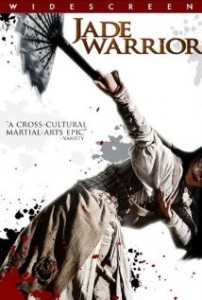 Every now and then, a film comes along which hits you just right, at the right time, in the right way. For me, Jade Warrior is one of these films. Beautifully lensed by director Annila, this movie steps beyond its paltry Netflix description, which claims it is about a modern-day man being whisked back to a previous life in ancient China in order to battle a horrific demon. Certainly, there are elements of this in the story, but the bones of the tale is the Finnish epic poem, The Kalevala, and the link between it and an ancient Chinese legend. The story turns around a smith, who creates a small machine-box called the Sampo, which is considered a source of happiness. Only the smith’s touch sets the machine in motion, opening the box and exposing its contents. In the Chinese legend, a demon steals the Sampo. The smith’s dealings with the demon, both in ancient China, and reincarnated in modern Finland, are at the crux of this film. It’s also a tale of love, loss, mystery, and a fair amount of martial arts. Don’t look for all-out action, though- this is form and grace over frenzy. And highly recommended. Time for Eric to look up a few more Finnish films. Grade: B+ 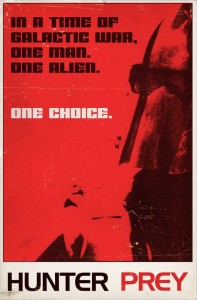 The listing above is the entire cast of this low budget science fiction film, shot in the Mexican desert with high-def digital cameras. Crash-landed on a desert planet, the surviving members of the Prometheus crew are tasked with tracking down an escaped prisoner. This standard science fiction plot is bolstered by the natural desolate beauty of the desert and sky- wonderfully brought to life in high definition. This is a step up from other B-grade fare, but suffers from pacing problems. There are a few nice plot twists, but I spent most the film wondering what Spartans from the HALO universe were doing in the movie. There’s even a perky A.I., with a voice similar to Cortana’s in those games. I still enjoyed the ride, though, more than I thought I would. B-Movie Grade: B-