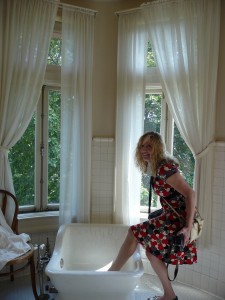 On April 27, I lost a sister. It was sudden, completely unexpected, and not from an accident. Less than 24 hours in the hospital, she was gone, and we had very few answers as to why. I hadn’t seen Kathy in over a decade- we had written emails and chatted on the phone during that time, but in my mind she remained the same age I’d last seen her. After her death, viewing photos of her from the last two years has been surreal. My other two sisters remember this version of Kathy, but to me she is a different person. I was the only one she had yet to make a recent connection with, and now I will never have that chance. The month of May tripped and fell past me, with a heavy work schedule making it both easier and more difficult to deal with Kathy’s death. I wanted to post a memorial to her on Facebook, and on this blog, if only to scream that she had existed, and was important, even though I’d not been part of her life for some time. It was something I just couldn’t find the right words for, and so simply let it pass. Cavebabble slipped through the cracks during May, as well, mostly for the same reasons. Suddenly, everything seemed so trivial- I’d managed to ignore a part of what I’ve always claimed is so precious, which is family.

It seems like each time someone goes through a major loss, the story is the same. They extol the need to connect with family and friends while having a chance to, and urge everyone to not let moments pass without letting others know how much we love and care for them. As much as I don’t want to beat the same sappy drum, I can’t help but do much the same thing. It doesn’t require anything more than a simple word or two, or a four-sentence greeting. Just let those around you know that they matter somehow, and that for a moment, you spent time thinking of the ways they are important to and loved by you. It just takes a minute, and doesn’t require passing anything around the Net like a chain letter.  I have no idea how many may read this post- I’ve not kept this blog up to date in some time. I just want it in writing somewhere that Kathy Lyon Simmons was loved, and did matter, both to her family and friends. We loved you, Kathy, and will never forget you.