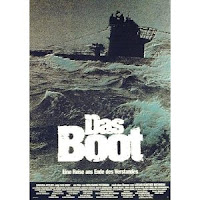 Country: Germany
Wolfgang Petersen’s epic WWII film focuses on the crew and battles of a single German U-boat as it harasses Allied craft in the Atlantic. Petersen demanded the most detailed submarine set possible, and forced the filming crew to work within its confined spaces with portable camera rigs. Cramming crew and actors into such tight quarters paid obvious dividends- The result is one of the best war films ever made. It goes far beyond any political ideologies, instead focusing on individuals caught in the madness of war. Worth every second of the long running time!
Liked it? Take a second to support cavebabble on Patreon!