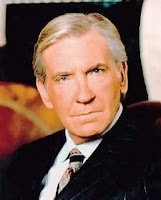 Actor: David Warner
Age: 68
You know him from: Time After Time, Time Bandits, TRON, Star Trek films and television, Titanic, Planet of the Apes (2001)
To Star Trek and genre fans, David Warner is far from unknown. His name may not ring such a bell with the rest of the world, however. Never one to turn down a bit role or chance to add his voice to animation, Warner is a veteran of nearly 200 productions. Not to be confused with Malcolm McDowell!
Liked it? Take a second to support cavebabble on Patreon!