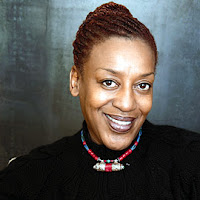 Age: 57
You Know Her From: Everything! 110 film and television roles, from All That Jazz to a voice in Avatar.
Including CCH Pounder in a list of unknowns is questionable, especially considering her memorable name, and involvement in so many films and television series. Perhaps if I called her Carol Christine Hilaria Pounder she wouldn’t ring a bell? Better known for her television chops, Pounder’s film roles are usually in B-level productions.
Liked it? Take a second to support cavebabble on Patreon!